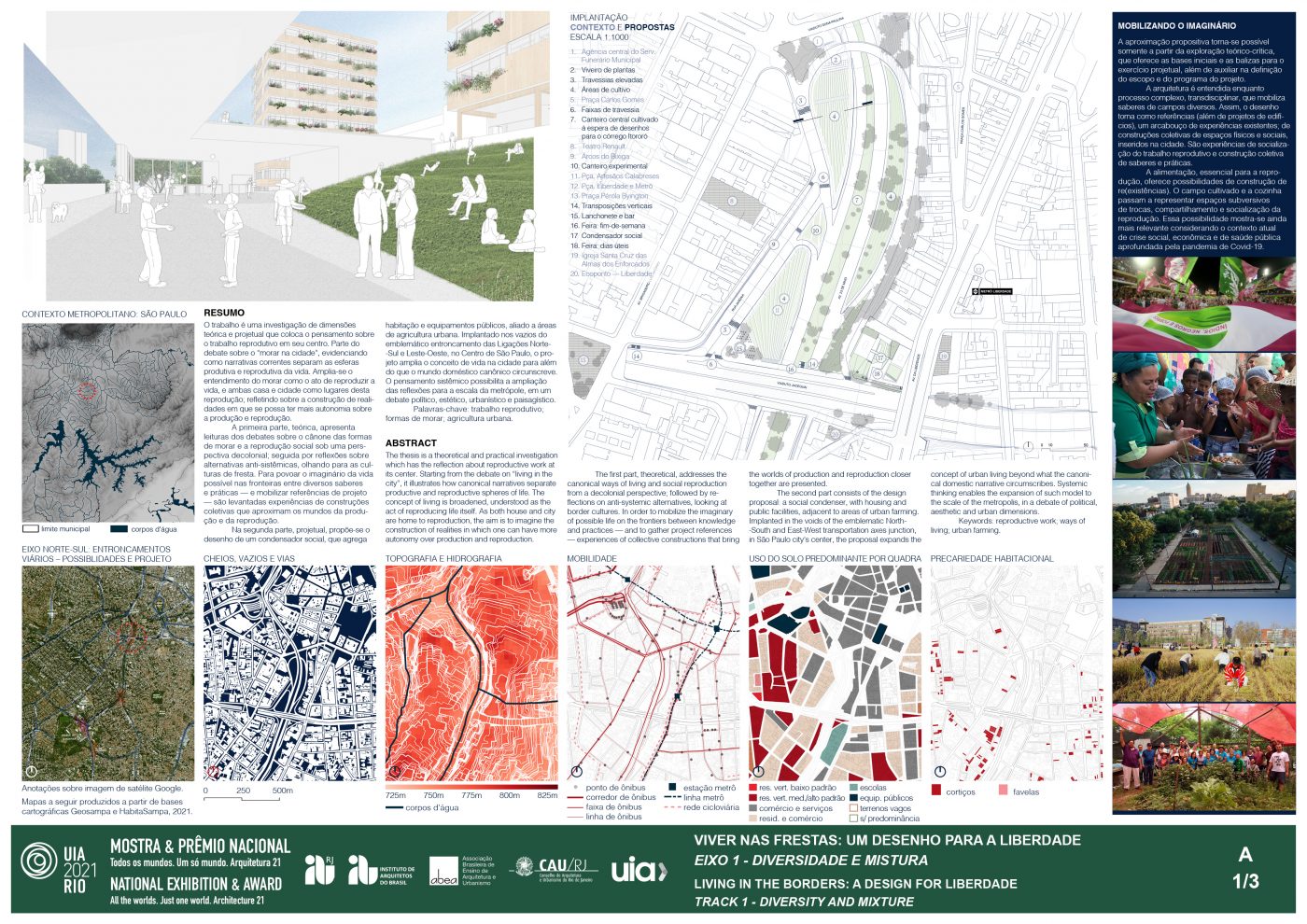 Living in the borders: a design for Liberdade

The thesis is a theoretical and practical investigation which has the reflection about reproductive work at its center. Starting from the debate on "living in the city", it illustrates how canonical narratives separate productive and reproductive spheres of life. The concept of living is broadened, understood as the act of reproducing life itself. As both house and city are home to reproduction, the aim is to imagine the construction of realities in which one can have more autonomy over production and reproduction.

The first part, theoretical, addresses the canonical ways of living and social reproduction from a decolonial perspective; followed by reflections on anti-systemic alternatives, looking at border cultures. In order to mobilize the imaginary of possible life on the frontiers between knowledge and practices — and to gather project references — experiences of collective constructions that bring the worlds of production and reproduction closer together are presented.

The second part consists of the design proposal: a social condenser, with housing and public facilities, adjacent to areas of urban farming. Implanted in the voids of the emblematic North-South and East-West transportation axes junction, in São Paulo city's center, the proposal expands the concept of urban living beyond what the canonical domestic narrative circumscribes. Systemic thinking enables the expansion of such model to the scale of the metropolis, in a debate of political, aesthetic and urban dimensions.