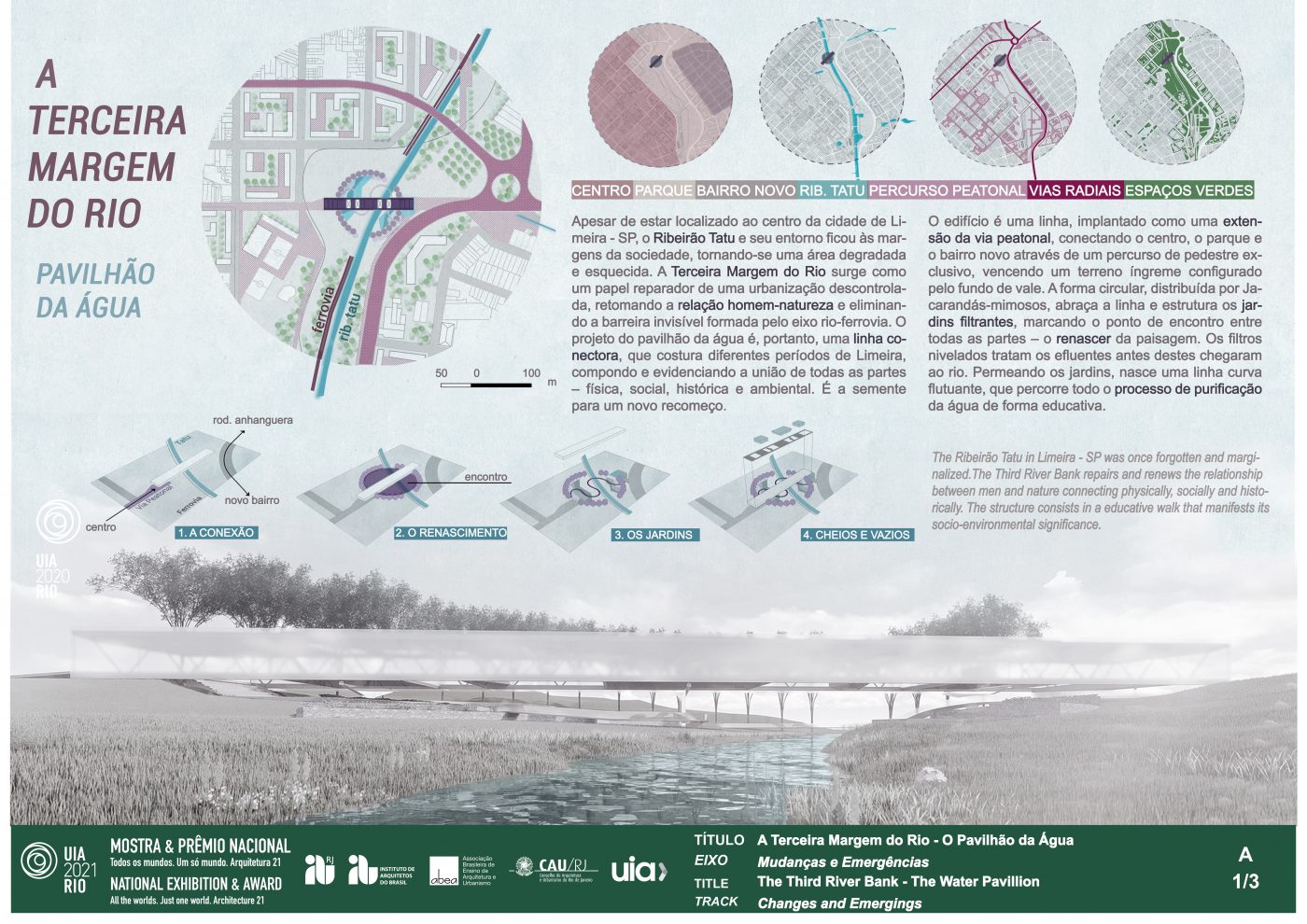 Although located in the center of the city of Limeira - SP, Ribeirão Tatu and its surroundings remained on the margins of society, transforming itself into a degraded area – resulting from an uncontrolled urbanization where the territory is seen as a commodity. The water pavillion emerges as a repairing role, which seeks to reverse the city's urban planning, bringing people closer to the city's structuring axis - the river, the water.

The Third River Bank aims to turn Ribeirão Tatu - the city's main watercourse - into a protagonist, abolishing the invisible barrier formed by the river-railroad axis and allowing man and nature to become one. It is, therefore, a connecting line, which connects different eras of Limeira, showing the union of all parts - physical, social, historical and environmental.

Inspired by the levity of the water, the pavillion is a suspended line of 150 meters in length, molded in space from voids and solids. It is implanted as a continuity of the pedestrian route that connects the center, the park and the new neighborhood. The landscape circular, defined by Jacaranda mimosifolia, embraces the line and structure of filtering gardens (wetlands), marking the joining of all elements. Permeating the gardens, a floating line is created, which runs through the entire water treatment process. As such, it seeks to constitute itself as part of nature, a space to contemplate and promote ecological, urban and intrapersonal awareness.