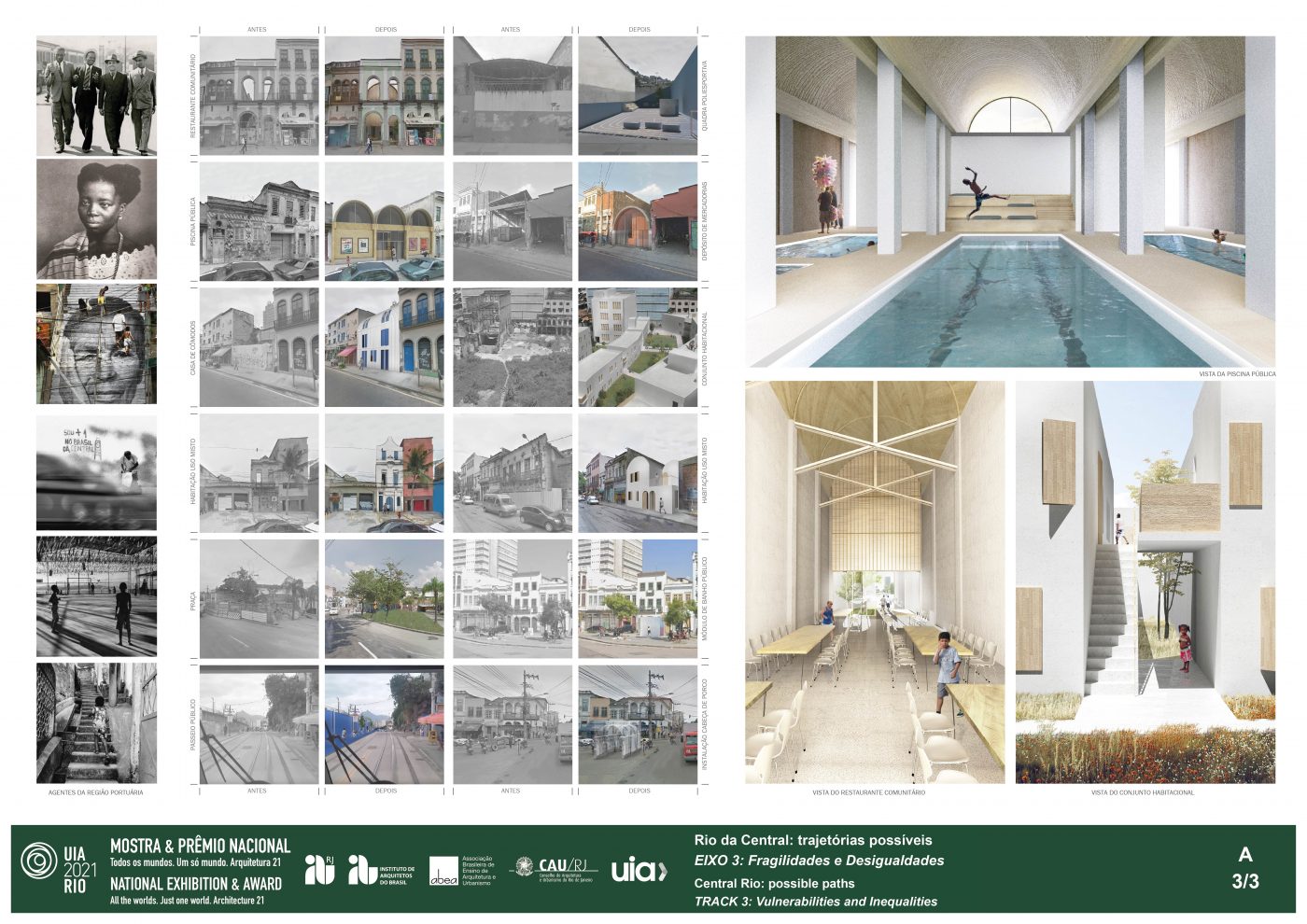 This work presents a synthesis of twelve alternatives on architecture and landscape design for the Port Zone of Rio de Janeiro (more specifically for a path that encompasses Rio’s Central Station, Small Africa, surroundings of favelas Providencia and Pedra Lisa and the City of Samba). Biggest arrival point for the forced African Diaspora in the Americas, the Port received more than 1M people from Bantu, Yoruba and Fon cultures. The grief involved in the development of the area lived together with a cultural syncretism process that led the Port to become the most significant cultural caldron in Rio. The area has always been treated as a laboratory for large-scale, top-down urban interventions (the latest of them, operation Porto Maravilha, taking place from 2009). But despite all ongoing works, the region still presents precarious living conditions, a significant housing deficit and, paradoxically, a great number of abandoned buildings. The agents involved in the life of the Port include favela communities, remaining quilombo population, low-income families, immigrants, street sellers, street dwellers and tourists. Their demands involve adequate housing and basic infrastructure. This work proposes a project path in which twelve design ideas are presented, in three scales: Equipment, Housing and Landscape. The idea is not to plastically dominate the path, but instead to show the potentiality the Port has to meet the aspirations of its participants in a less intruding approach.