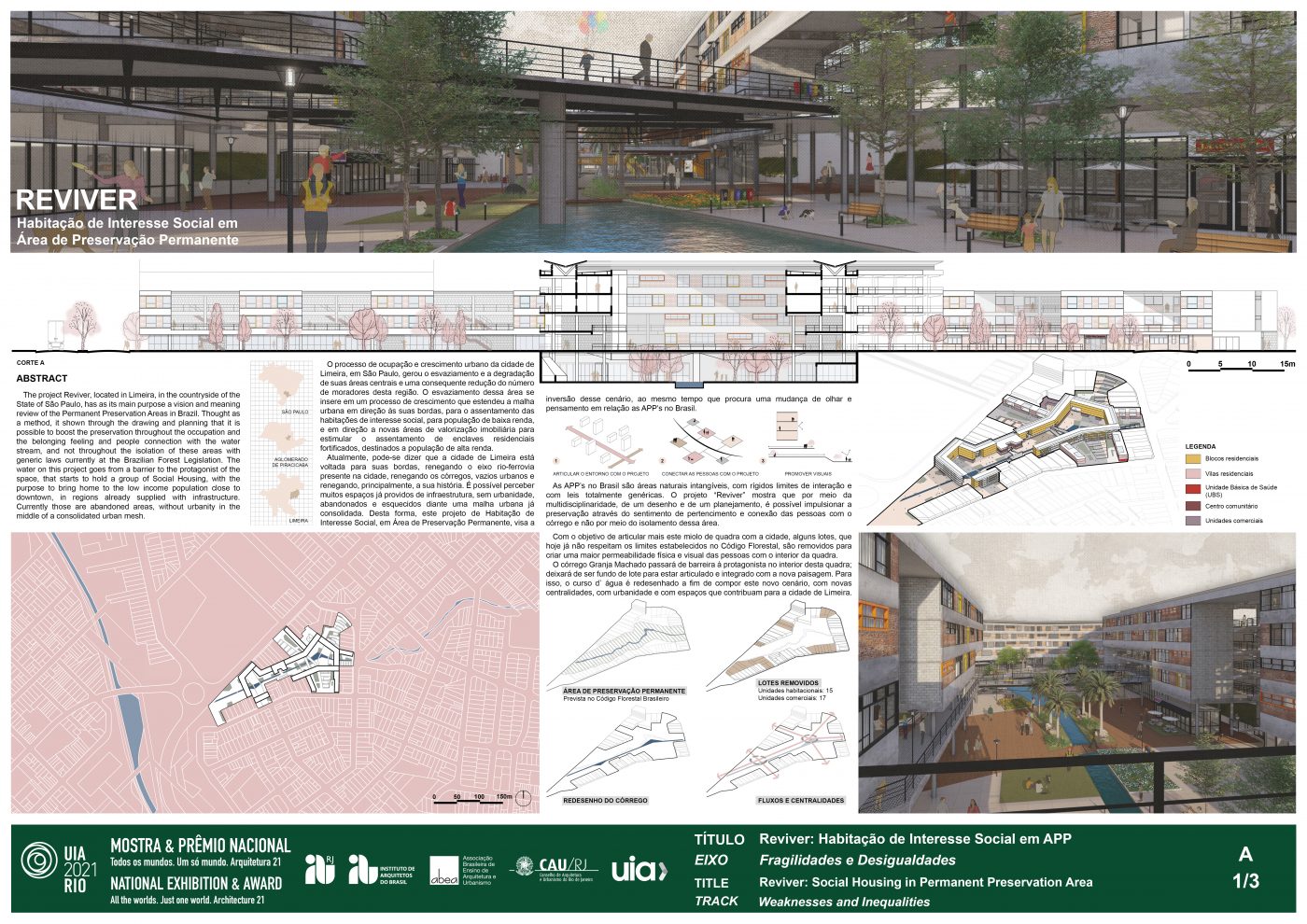 The project Reviver, located in the city of Limeira, in the countryside of the State of São Paulo, has as its main purpose a vision and meaning review of the Permanent Preservation Areas in Brazil. Thought as a method, it searches for an inversion of the current logic for the city growth, that goes in the borders direction, disowning the urban voids already full of infrastructure, with the river-ferry axis, water stream and, mainly its history.

Nowadays, in Brazil, the PPAs are treated by generic laws, that do not necessarily guarantee the preservation of these areas, throughout the isolation of their borders. This project shows that, with a multidisciplinary, one drawing and planning, it is possible to promote the preservation through a feeling of belonging and people connection with the water stream and not by the isolation of areas.

This is a multidisciplinary task to put all together in favor of the city, to create a more human and egalitarian one, with collective values. In this direction, the current centralities are promoted and introduced new ones, linked with the existent neighborhood, creating new spaces open to several people daily interpretation. The collective dwell is intertwined to these new spaces in varied ways and ambiences along the Granja Machado stream margins, which will change from a barrier to the big protagonist of the interior square.