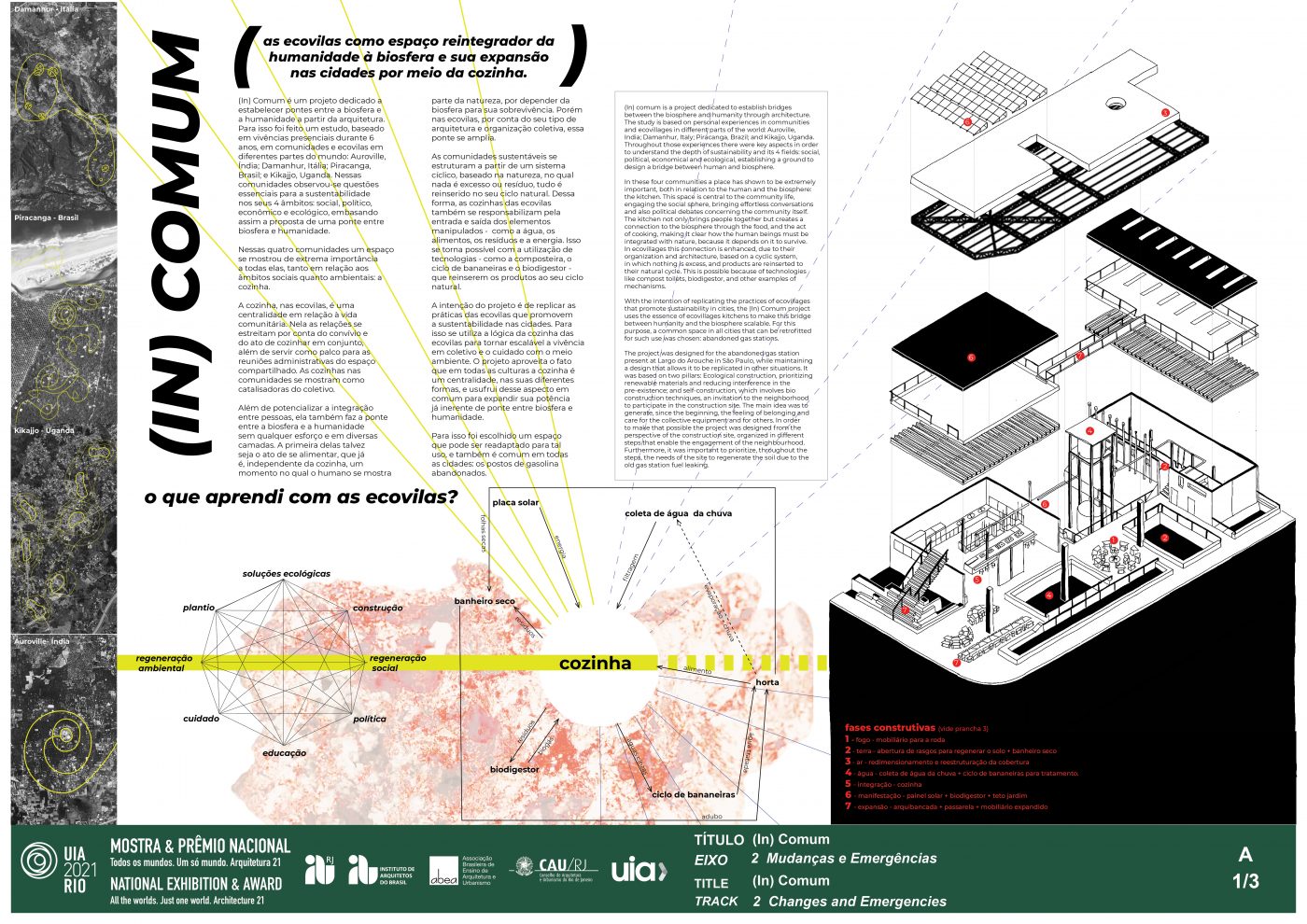 (In) Comum is a project dedicated to building bridges between the biosphere and humanity through architecture. For that reason, a study was made based on experiences in different communities and ecovillages: Auroville, Índia; Damanhur, Italy; Piracanga, Brazil; and Kikajjo, Uganda. From all these experiences, a space of extreme importance was observed: the kitchen. The kitchen has shown to be a powerful social and environmental integrative space since it connects people and establishes a clear bridge between the biosphere and humanity through food.

In ecovillages, this inherited bridge expands due to its constructive and organizational logic, based on a cyclical system inspired by nature. This system seeks to reinsert all excesses back to its natural cycle using sustainable technology.

The project intends to replicate the cyclical logic of the ecovillages kitchens in cities. Therefore, a kitchen thought as collective and sustainable equipment, designed to be built by the community itself, was initially conceived to “recycle” and give new use to an abandoned gas station in Largo do Arouche, downtown São Paulo. However, it can intentionally be replicated into any other of the numerous abandoned gas stations around cities due to soil contamination. (In) Comum proposes to regenerate those spaces in an environmentally responsible way together with the regeneration of the social sphere, by creating a sense of belonging into the community.