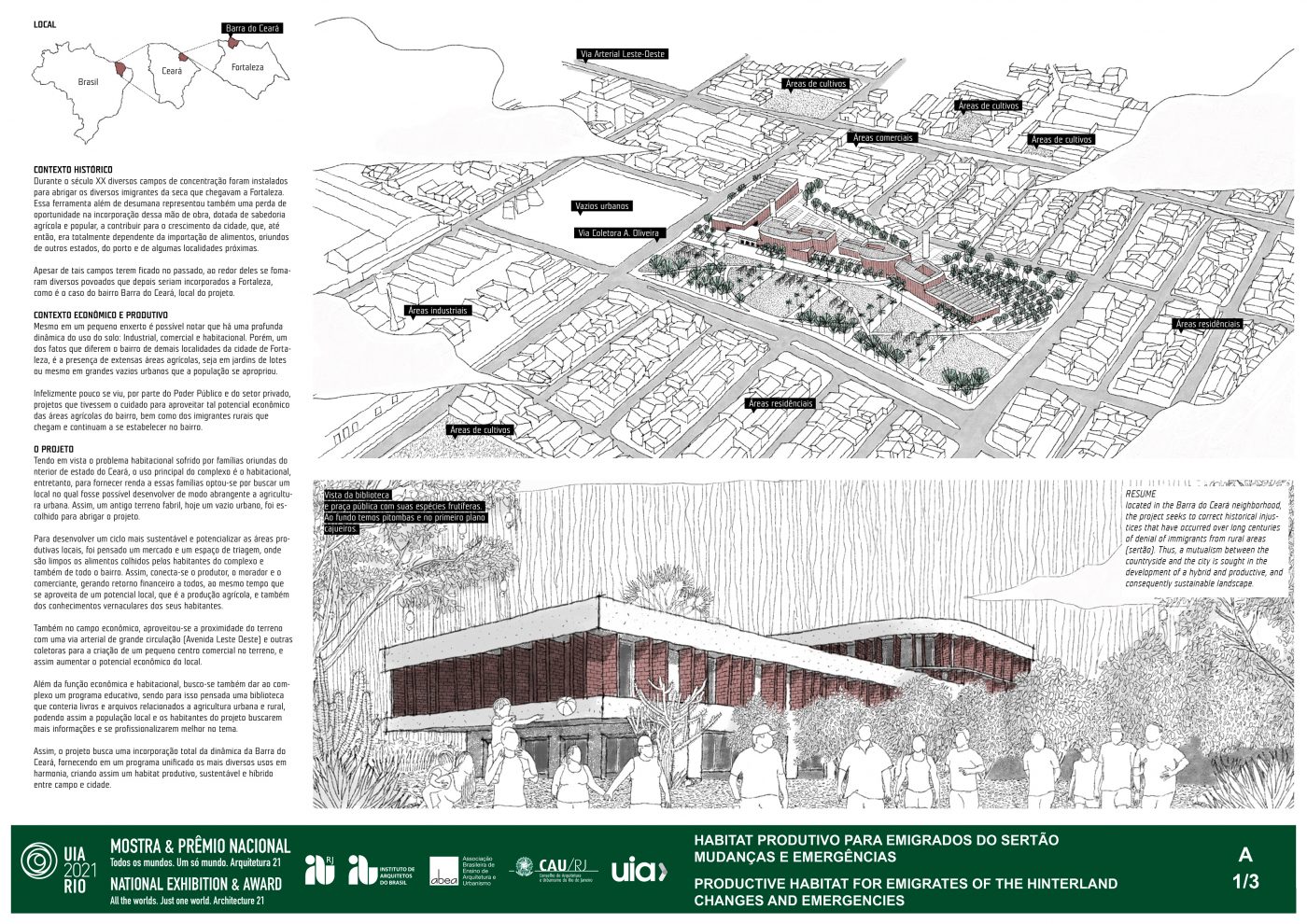 PRODUCTIVE HABITAT FOR EMIGRATES FROM THE SERTÃO: HYBRID DEVELOPMENT BETWEEN THE FIELD AND THE CITY IN THE BARRA DO CEARÁ NEIGHBORHOOD.

Despite the drought in northeastern Brazil being a very old problem, over the centuries little has been done to remedy the social problems that such a climatic characteristic has caused in such a region. Over the years, cities have been receiving more and more emigrants from rural regions, which, unfortunately, was seen by local governments as a problem.

In Fortaleza, capital of the state of Ceará, the local government started to create several concentration camps to shelter emigrants from the drought. There many died and many others fell ill.
Such historical refusal to incorporate these groups into the city was the starting point of the project, with all the research being developed aimed at finding a place where there could be a hybrid between the culture of the countryside and the city.

The location found was Bairro Barra do Ceará, a region in which former emigrants settled in the beginning of the last century, and where there was a concentration camp next to it (Campo do Urubu).

In addition to the historical connection with the theme, the Neighborhood presents another important point. In the place there are large agricultural areas, despite being an urbanized place, thus having a great potential for the development of a mutualism of popular and rural knowledge.

The project program has housing areas of different types, in order to create a greater social dynamic for the enterprise. In addition to the housing function, commercial areas were also used, such as a market and shops to provide income to the inhabitants.

Several leisure areas were also created in symbiosis with the agricultural areas, so that there was a greater interaction of the local community with such vernacular practices (planting of beans, corn, etc.).

Following the idea of ​​interaction with other sources of knowledge, a library was also created in order to give the community study material on agricultural practices, and, consequently, on the vernacular culture of the State and Barra do Ceará.