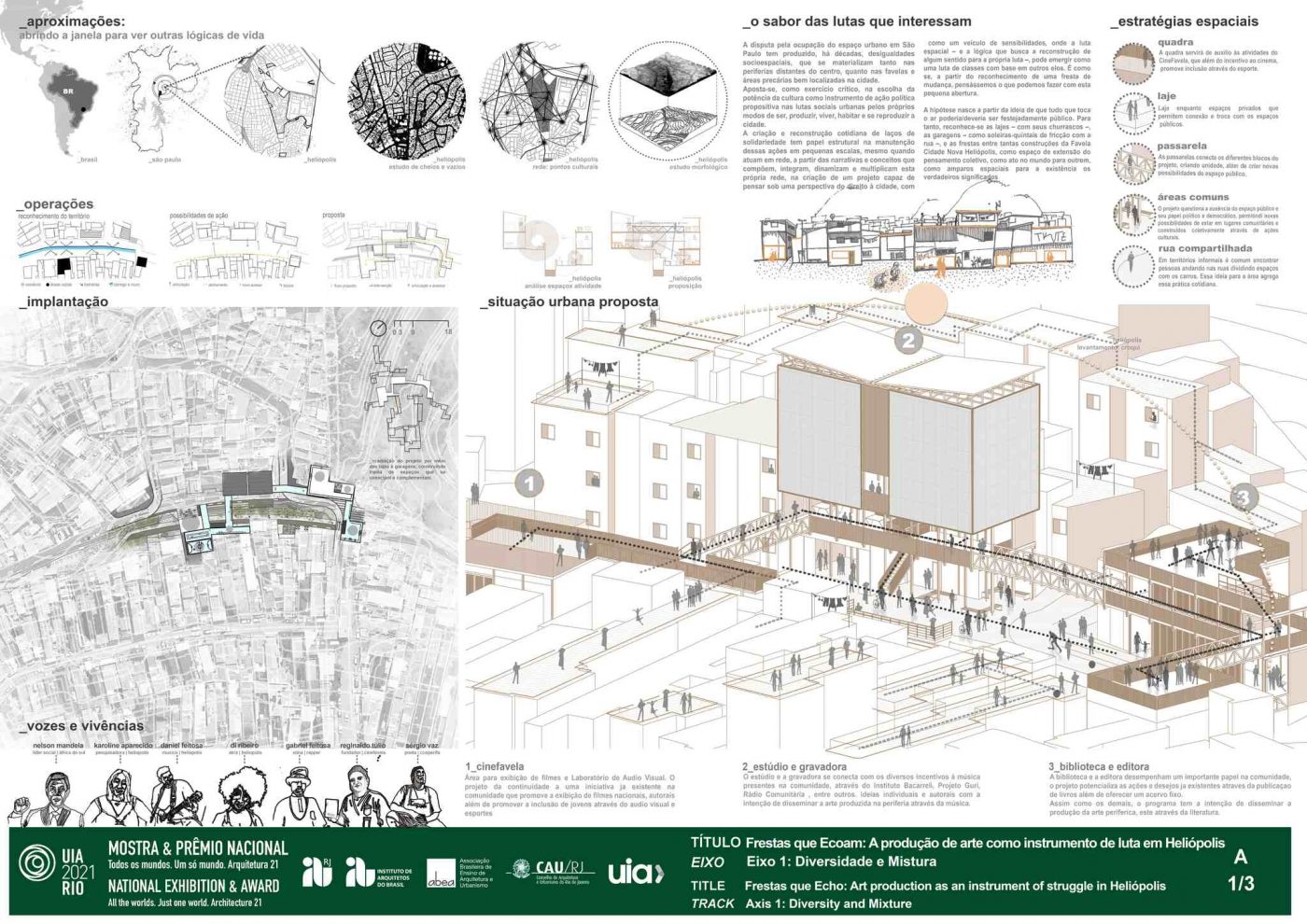 The project is anchored in the logic of enhancing artistic creations produced intensely in the Favela - today Cidade Novas Heliópolis - often in an improvised way, but intensely experienced, through the dialogue between visual audio, literature and music in spatial manifestations in urban cracks, in slabs, parking lots, sidewalks and alleys. Recognizing the cultural actions of / in the favela means incorporating the real experiences of the territory in the commitment to reinsert them in the debates of the spatial, temporal and construction processes of another future in the present. The bet is that this construction formed between action and space corroborates to redefine strategies and movements involved with the transformation of behaviors and values ​​- and their consequent representations and worldviews mobilized - into practical actions, even if dreamlike ones that are born under the light of art.

Since the place of the voice is given through the cracks, making itself present in the daily life of small scales, the project creates possibilities for interaction between space and artistic production. The idea is that the initiative fits into one of the action fronts that UNAS is currently implementing - Culture, among other independent initiatives. It is noted that the action does not happen in an isolated way: it connects with education, promoted by UNAS, CEU, Musical Schools - Projeto Guri, Instituto Bacarelli - among others, acting in the process of artistic production, going from creation and production to its full experience and dissemination.

The project was anchored in the nature of the place, making use of the residual spaces - the remains between the constructions - as the driving force of transformation, respecting and learning from the territory and the people, the moments and the local circumstances, building the public space of common experience , as a principle and tool of emancipatory power capable of contributing to cultural changes, incorporating local practices.

Then, the encounter of streets, terraces, squares and sills emerges, constituting a network of spaces as a symbol of protection, designed with the desire that each house in the place can be a world, a design, serving as the basis for struggles for a better future. , fair, common and public.