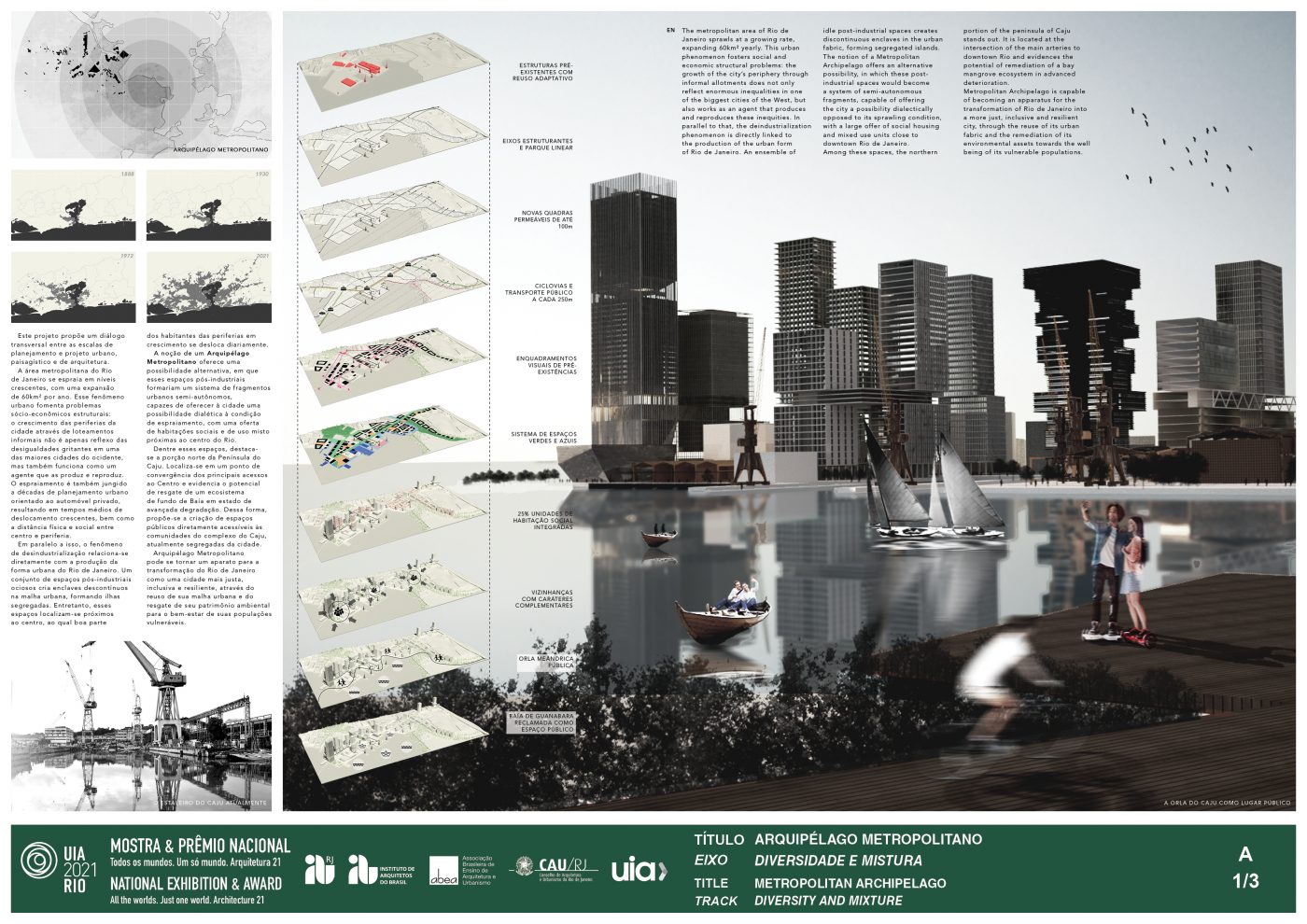 The metropolitan area of Rio de Janeiro sprawls at a growing rate, expanding 60km² yearly. This urban phenomenon fosters social and economic structural problems: the growth of the city’s periphery through informal allotments does not only reflect enormous inequalities in one of the biggest cities of the West, but also works as an agent that produces and reproduces these inequities. In parallel to that, the deindustrialization phenomenon is directly linked to the production of the urban form of Rio de Janeiro. An ensemble of idle post-industrial spaces creates discontinuous enclaves in the urban fabric, forming segregated islands.

The notion of a Metropolitan Archipelago offers an alternative possibility, in which these post-industrial spaces would become a system of semi-autonomous fragments, capable of offering the city a possibility dialectically opposed to its sprawling condition, with a large offer of social housing and mixed use units close to downtown Rio de Janeiro.

Among these spaces, the northern portion of the peninsula of Caju stands out. It is located at the intersection of the main arteries to downtown Rio and evidences the potential of remediation of a bay mangrove ecosystem in advanced deterioration.

Metropolitan Archipelago is capable of becoming an apparatus for the transformation of Rio de Janeiro into a more just, inclusive and resilient city, through the reuse of its urban fabric and the remediation of its environmental assets towards the well being of its vulnerable populations.