“If you want to be an architect of significance, you must do projects with social impacts”

During the UIA2021RIO Open Week, Alfredo Brillembourg was very emphatic […]

During the UIA2021RIO Open Week, Alfredo Brillembourg was very emphatic in his presentation on Tuesday, March 23. He feels that “Architecture with a capital A is social architecture.” Everything else is just fads and fashions: “I see different shapes and facades in the magazines, using different materials and colours – beautiful and well-designed boxes. They don’t interest me. Nobody should be interested in them if there is no social impact.”When Monolito magazine editor and fellow architect Fernando Serapião asked about what prompted him to develop a social view of their profession, Brillembourg talked about his childhood: “I was born into a privileged life, driven to school by car as a child in Venezuela. On the way, we used to stop in Chacao to drop off the girl who looked after me. So I would see that poor neighbourhood and at school,  I used to think that the poor knew the whole city, while the rich knew nothing about the lives of the poor. When I went to the USA to study architecture, they tried to teach me about Frank Gehry, about shapes, about post-Modernism, but I didn’t find it interesting. Then I started reading authors like Aldo Rossi, who said that the only place you can be a real architect is through standing out against trends.”

Back in Venezuela, Brillembourg was inspired by Carlos Raúl Villanueva. Later, while passing through Brazil, he found out about the Favela-Bairro slum-to-neighbourhood programme and met someone who defined the course of his career: Argentine architect Jorge Mario Jáuregui. “It was Jorge who showed me that it was possible to create architecture in the favela,” said Brillembourg.

In Caracas, he founded the Urban-Think Tank (U-TT) and began researching and working for low-income communities. One of his projects was a vertical gym in Chacao. Brillembourg recalled how he began to conceptualise the design for this project, promoting sports tournaments for the community. “I wanted to create a space where those people could continue playing, even during the rainy season,” he said. On a plot of covering 800 square metres, he built a light structure with a total roofed area of 4,000 square metres. “I am known as an architect who designs equipment that can be made in segments, with parts that can be positioned in different ways,” he noted. 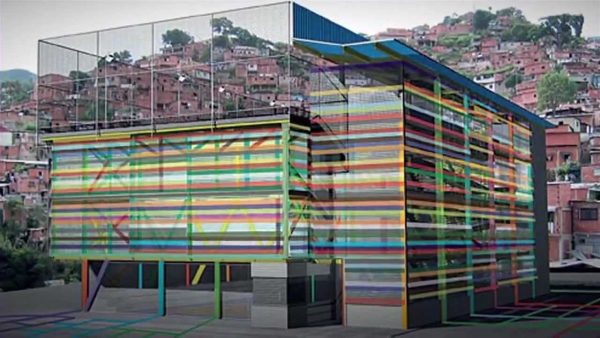 During another visit to Brazil, Brillembourg met community leader Gilson Rodrigues, who took him to the Paraisópolis slum in São Paulo, for which U-TT designed the Grotão  –  Fábrica de Música community complex. This project planned to build a multifunctional public building in the heart of the favela (and in a landslide area) with components focused on urban farming and water management, a public amphitheatre, a music school, a concert hall, sports facilities, public spaces, and a transport infrastructure. However, it was never implemented, and the site was once again taken over by squatters, subject to floods, fires, and other problems. For Brillembourg, this situation underscores the importance of social action by younger generations of architects. 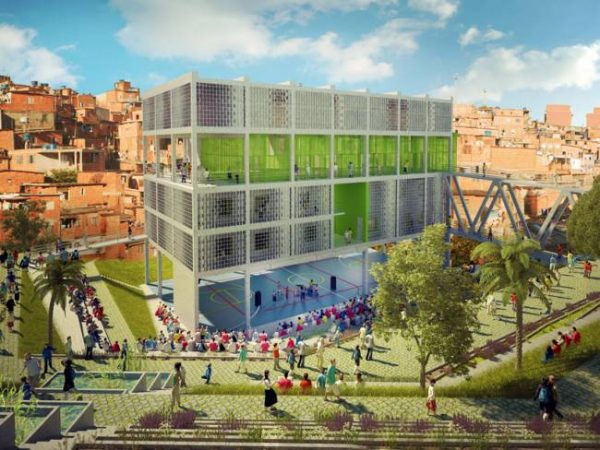 In a message to young students and practitioners, he urges: “Don’t pay attention to fads, because architecture has become a fashion statement. And we are not doing anything if we fail to care for the 80% of the population in need.”

To watch the Brillembourg presentation in full, go to:

JUST WHAT IS PERIPHERY