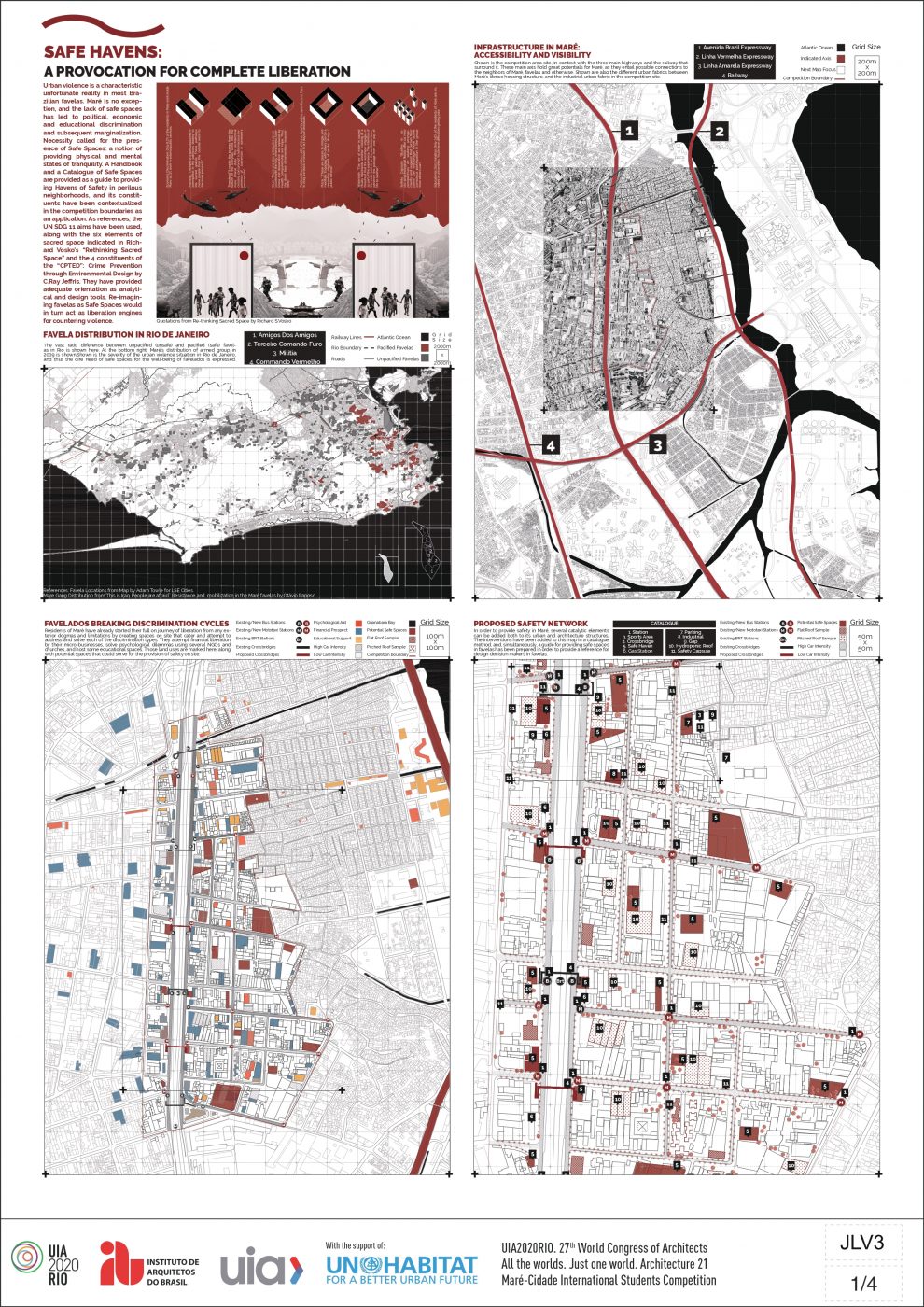 “The fear of getting killed in the crossfire or hit by a stray bullet has kept much-needed urban services and programs out of the poor communities. This loss of service providers, teachers, nurses, NGO programs, and taxi service has deprived residents of what they most need to overcome the challenges they face just by living in favelas. It is hard to get qualified people to work in an area of risk. To my horror, I found that it can take children years to complete primary school because many teachers show up only two or three days a week. The lives of these youngsters are considered expendable and their prospects have been written off.” Janice Perlman (2010). Favela: Four Decades of Living on the Edge in Rio de Janeiro.

Reviewing the many literature on Rio de Janeiro’s favelas, urban violence is the recurring theme, sharply revealing the lack of safe spaces as a core dilemma. Other than safety being an innate need, its lack is the seed for various kinds of discriminative actions that eventually build upon each other.

If it comes to the subject of education, the typical sequence of actions may appear as follows: the lack of safe spaces causes major disruptions to the educational process, which, in turn, may affect the favelados’ job employment opportunities, and as an unfortunate consequence, some of the less-favored may join drug trafficking gangs, leading to disputes with criminal law, and as the circle may close, uncontrolled actions again provide unsafe spaces. The ongoing vicious cycles severely affect the people’s educational standards, economic possibilities and psychological well-being and is a decisive part of the ongoing process of marginalization and poverty.

As a response to the reoccurring questions, we decided to provide a guide for designing Safe Havens, a constituent that would layout much needed protective, inclusive and representative spaces. Instead of providing hostile safety measures, which often turn out to be counterproductive to issues of collectivity and inclusion, we wish to provide safety while maintaining a healthy urban structure.

As a discussion of safety measures in relation to design decisions, our Safe Favela Handbook takes up C. Ray Jeffris’ CPTED: “Crime Prevention through Environmental Design” and incorporates its four principles that are natural surveillance, territorial reinforcement, natural access control and maintenance. In addition, the Safe Favela Catalogue presents a series of prototypes and interventions, which then contextualize at Complexo da Maré.

Finally, in synthesizing the proposal, and in order to safeguard safe spaces at best, Safe Havens utilize resources that are native to favelas, and not foreign intrusion. Favelados are at their capabilities of providing situations of safety, or in other words, Safe Havens aim at clustering elements of sacred spaces. As they spread out over the favelas, a safety network is conditioned, essentially provoking the liberation of the favelados by nurturing the need of providing shelter, and principally breaking the cycles of marginalization.