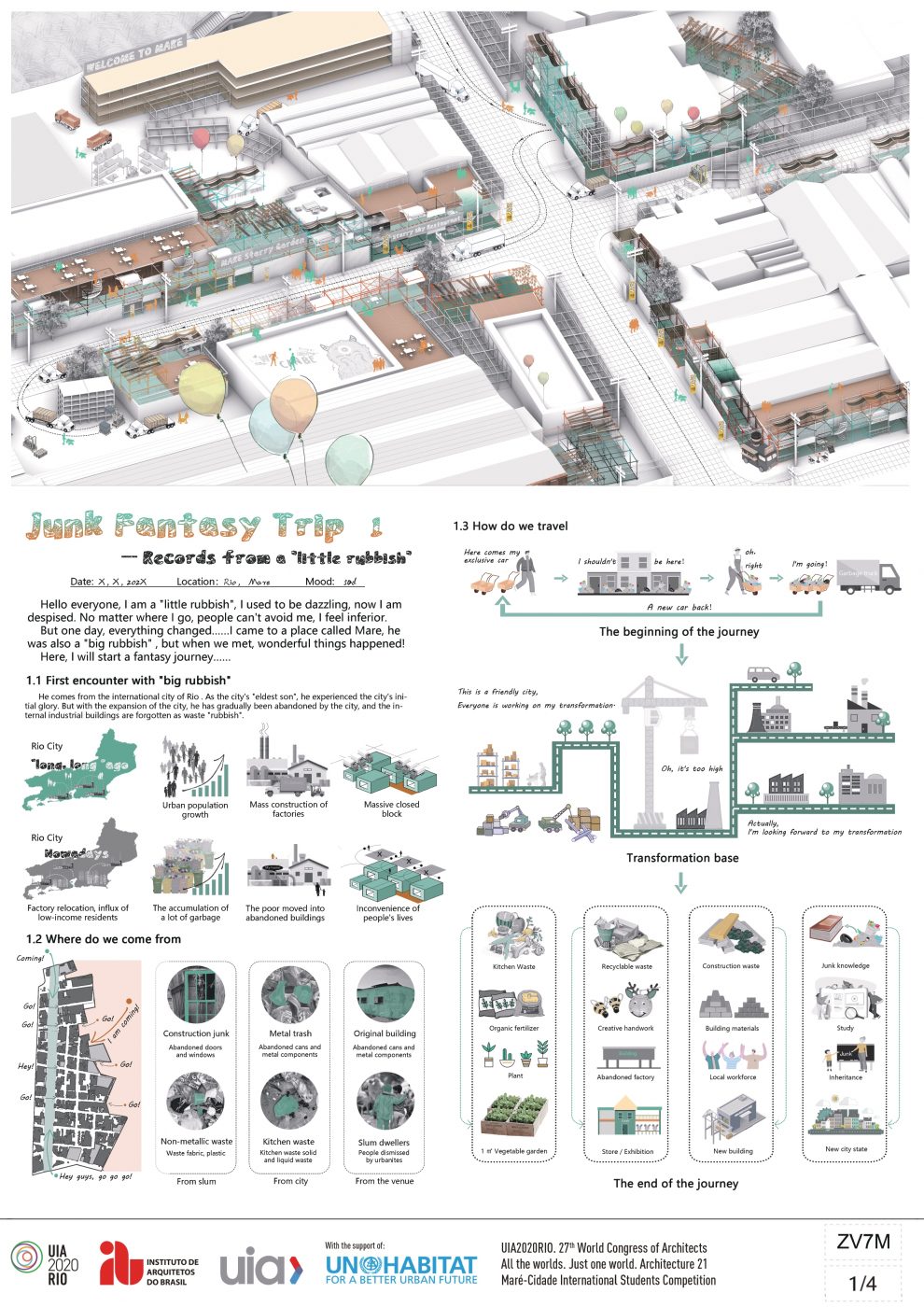 1. Mare-A Big Junk
Mare, as an industrial base in the process of urbanization, has a glorious history, but now it is like garbage and rejected by urban residents. The slum dwellers living in the city also unfortunately suffer from this kind of discrimination. Therefore, it is our goal to break the barrier between the city and Mare’ and make people live together on an equal footing.

2. Mare-A Garbage paradise
The plan extracts "garbage", an element that is jointly produced by slums and cities, and renovates and designs the block, uses "scaffolding" to update commonly used elements, breaks the barriers of block walls and building exterior walls, and makes streets, roof terraces, and buildings Make better connections indoors and outdoors. In addition, the unitized modular system formed by the scaffolding provides the possibility of free use. We are here to implant functions such as exhibition, construction, catering, and greening. We use game mechanics to attract urban residents and slum dwellers to this place, obtain rewards through garbage recycling, and use their own hands to spontaneously transform and design the neighborhood to create a garbage paradise for everyone.

3. Mare-"Garbage" conversion place, the future of the city

Garbage recycling sites are the connection point between cities and slums. We use a tree- like structure to recycle rainwater and fully implement the concept of sustainable development. Garbage, rain, residents, and Mare’ are renewed and reborn in Mare. The future of the city lies here.