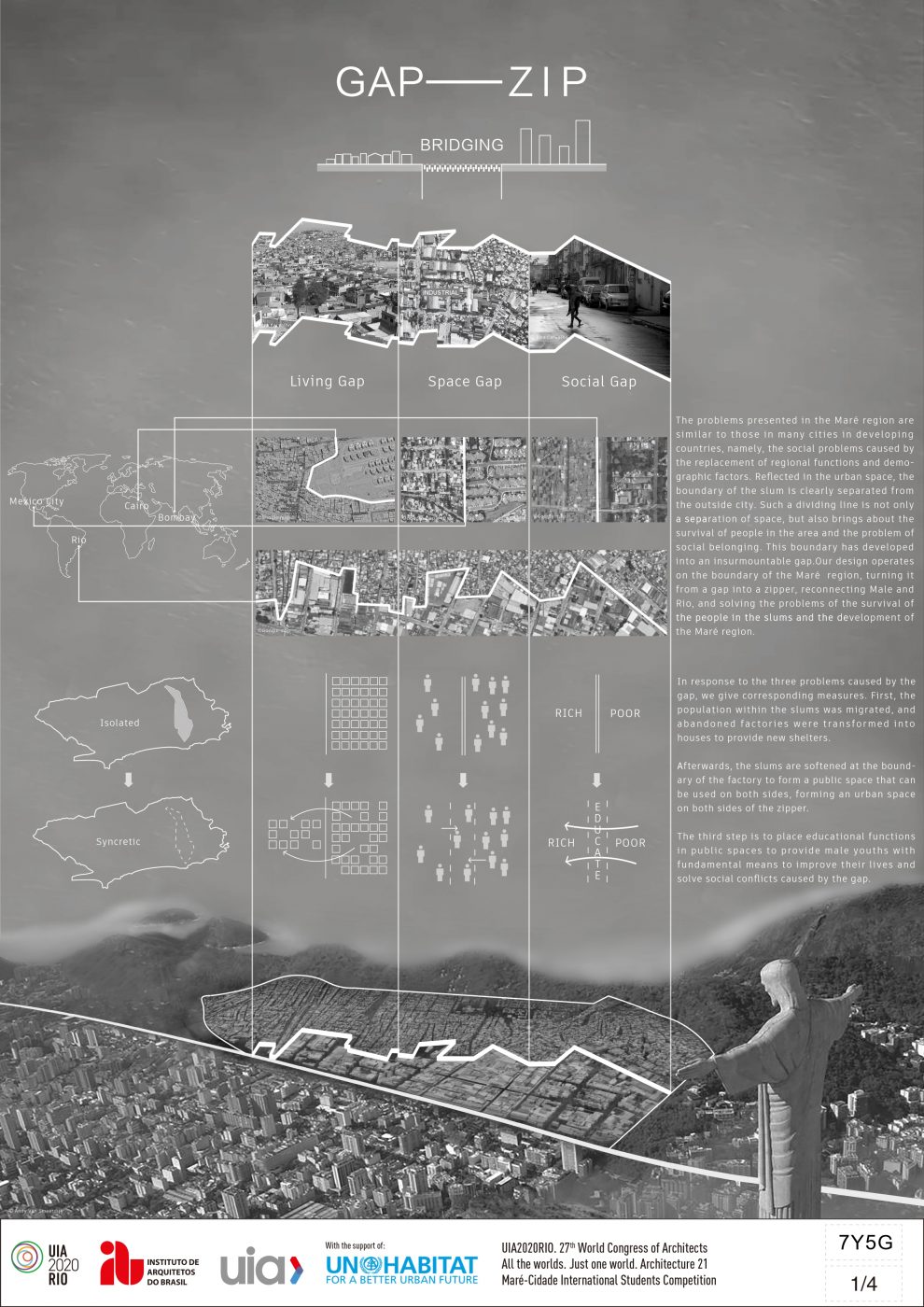 The problems presented in the Maré region are similar to those in many cities in developing countries, namely, the social problems caused by the replacement of regional functions and demographic factors. Reflected in the urban space, the boundary of the slum is clearly separated from the outside city. Such a dividing line is not only a separation of space, but also brings about the survival of people in the area and the problem of social belonging. This boundary has developed into an insurmountable gap.Our design operates on the boundary of the Maré region, turning it from a gap into a zipper, reconnecting Maré and Rio, and solving the problems of the survival of the people in the slums and the development of the Male region.

In response to the three problems caused by the gap, we give corresponding measures. First, the population within the slums was migrated, and abandoned factories were transformed into houses to provide new shelters.Afterwards, the slums are softened at the boundary of the factory to form a public space that can be used on both sides, forming an urban space on both sides of the zipper.The third step is to place educational functions in public spaces to provide male youths with fundamental means to improve their lives and solve social conflicts caused by the gap.