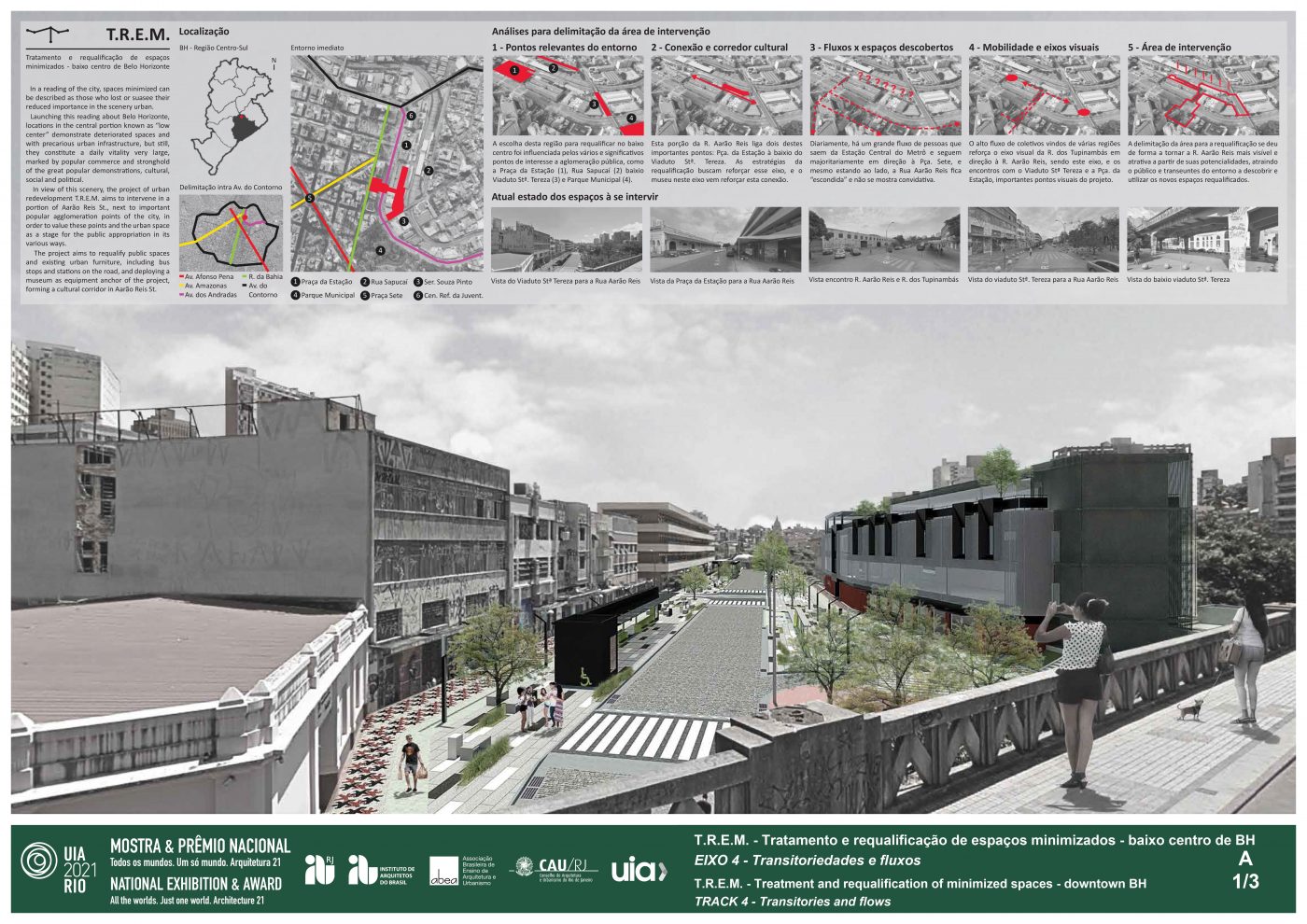 In cities, the center is a region of great historical and economic relevance. It is a territorial portion that since the beginning of the formation of a city plays a role in attracting people for different purposes, an attraction sometimes explained by the phenomena of urban centrality and commuting.

However, as urban expansion forces emerged, the central region of the cities ended up losing part of its relevance in the urban development scenario, and many of its spaces previously treated as priorities were detailed and "minimized" in detriment of the qualification of new regions, resulting in the origin of degraded spaces.

Following a worldwide trend that has been on the rise since the 20th century, new concepts such as renovation, revitalization, and urban upgrading have emerged in the sphere of modern and contemporary urbanism. These have been disseminated as models for different types of intervention in city space, both with the common goal of spatial recovery in the historical, functional, and aesthetic dimensions, seeking to return the site to quality public use and to guarantee it’s social function.

In the T.R.E.M. project, the urban requalification model seeks a set of actions that promote the construction and recovery of "minimized" structures and spaces, in the literal lifting that such spaces, well located in urban centers, can be more useful and valued by wide and different social groups.

The project covers a perimeter of approximately 20.688m² in the central region of Belo Horizonte, with the main interventions on Aarão Reis Street, between Station Square and the Stª Tereza Viaduct.

This area, within the region popularly known as "downtown," despite showing several deficiencies in terms of quality of urban public spaces, presents a great diversity of uses and a high concentration of people, being a stronghold of major political, social and cultural events in Belo Horizonte. Allied to this factor, studies already developed in this portion of the city center, such as the Rehabilitation Plan for the Hypercenter (Belo Horizonte's downtown), from 2007, justify the demand to rethink, recover, and give new meaning to these degraded spaces.

The T.R.E.M. project, based on parametric and contemporary urbanism concepts, seeks to requalify the sidewalks, urban furniture, landscaping, MOVE Station and bus stops present in Aarão Reis Street, besides proposing the implementation of an anchor building in the city center.

The Museum T.R.E.M. - Territory of Reencounter with Spaces and Memories - is a public-private partnership institution dedicated to the memory of the city's popular culture, with gastronomic spaces and a theater.

All these interventions aim to reinforce the already consolidated character of leisure and culture in this region of downtown Belo Horizonte, proposing the idea of a cultural corridor/district between Station Square and the lower level of the Stª Tereza viaduct, seeking to return the important role that the region played and still plays for the urban scenario of the capital of Minas Gerais.