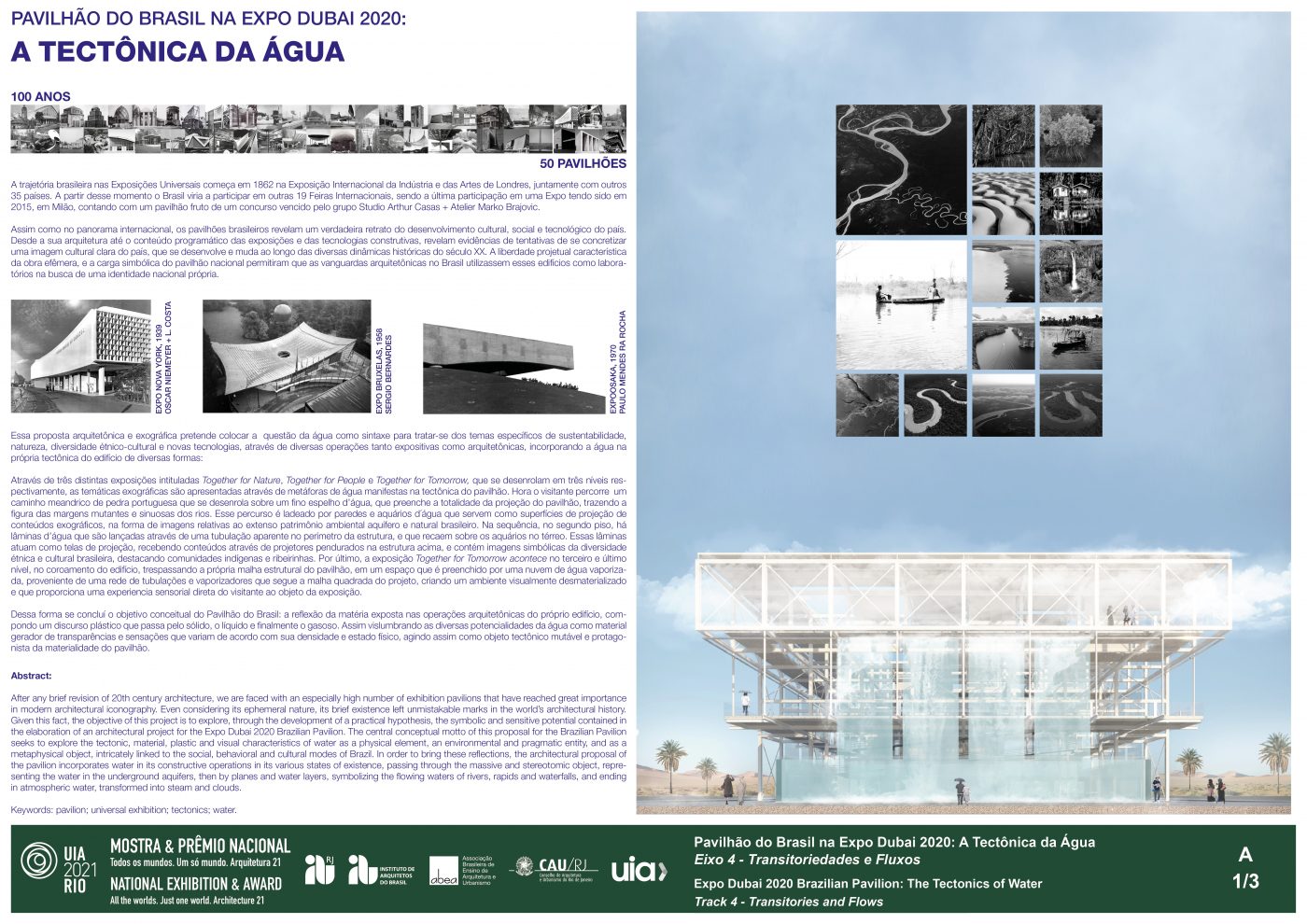 After any brief revision of 20th century architecture, we are faced with an especially high number of exhibition pavilions that have reached great importance in modern architectural iconography. Even considering its ephemeral nature, its brief existence left unmistakable marks in the world’s architectural history. Given this fact, the objective of this project is to explore, through the development of a practical hypothesis, the symbolic and sensitive potential contained in the elaboration of an architectural project for the Expo Dubai 2020 Brazilian Pavilion. The central conceptual motto of this proposal for the Brazilian Pavilion seeks to explore the tectonic, material, plastic and visual characteristics of water as a physical element, an environmental and pragmatic entity, and as a metaphysical object, intricately linked to the social, behavioral and cultural modes of Brazil. In order to bring these reflections, the architectural proposal of the pavilion incorporates water in its constructive operations in its various states of existence, passing through the massive and stereotomic object, representing the water in the underground aquifers, then by planes and water layers, symbolizing the flowing waters of rivers, rapids and waterfalls, and ending in atmospheric water, transformed into steam and clouds.