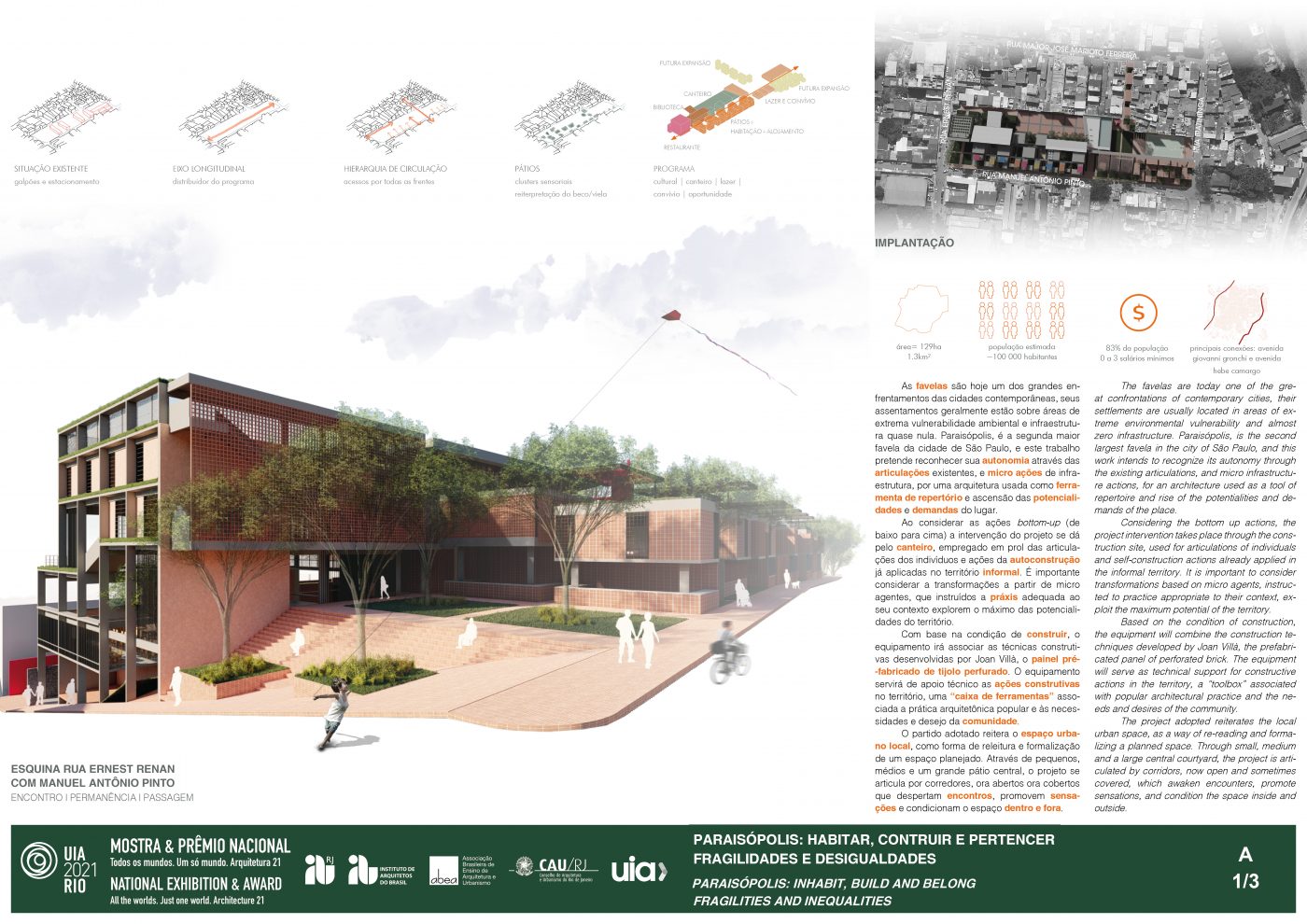 The favelas are today one of the great confrontations of contemporary cities, their settlements are usually located in areas of extreme environmental vulnerability and almost zero infrastructure. Paraisópolis, is the second largest favela in the city of São Paulo, and this work intends to recognize its autonomy through the existing articulations, and micro infrastructure actions, for an architecture used as a tool of repertoire and rise of the potentialities and demands of the place.

Considering the bottom up actions, the project intervention takes place through the construction site, used for articulations of individuals and self-construction actions already applied in the informal territory. It is important to consider transformations based on micro agents, instructed to practice appropriate to their context, exploit the maximum potential of the territory.

Based on the condition of construction, the equipment will combine the construction techniques developed by Joan Villà, the prefabricated panel of perforated brick. The equipment will serve as technical support for constructive actions in the territory, a “toolbox” associated with popular architectural practice and the needs and desires of the community.

The project adopted reiterates the local urban space, as a way of re-reading and formalizing a planned space. Through small, medium and a large central courtyard, the project is articulated by corridors, now open and sometimes covered, which awaken encounters, promote sensations, and condition the space inside and outside.