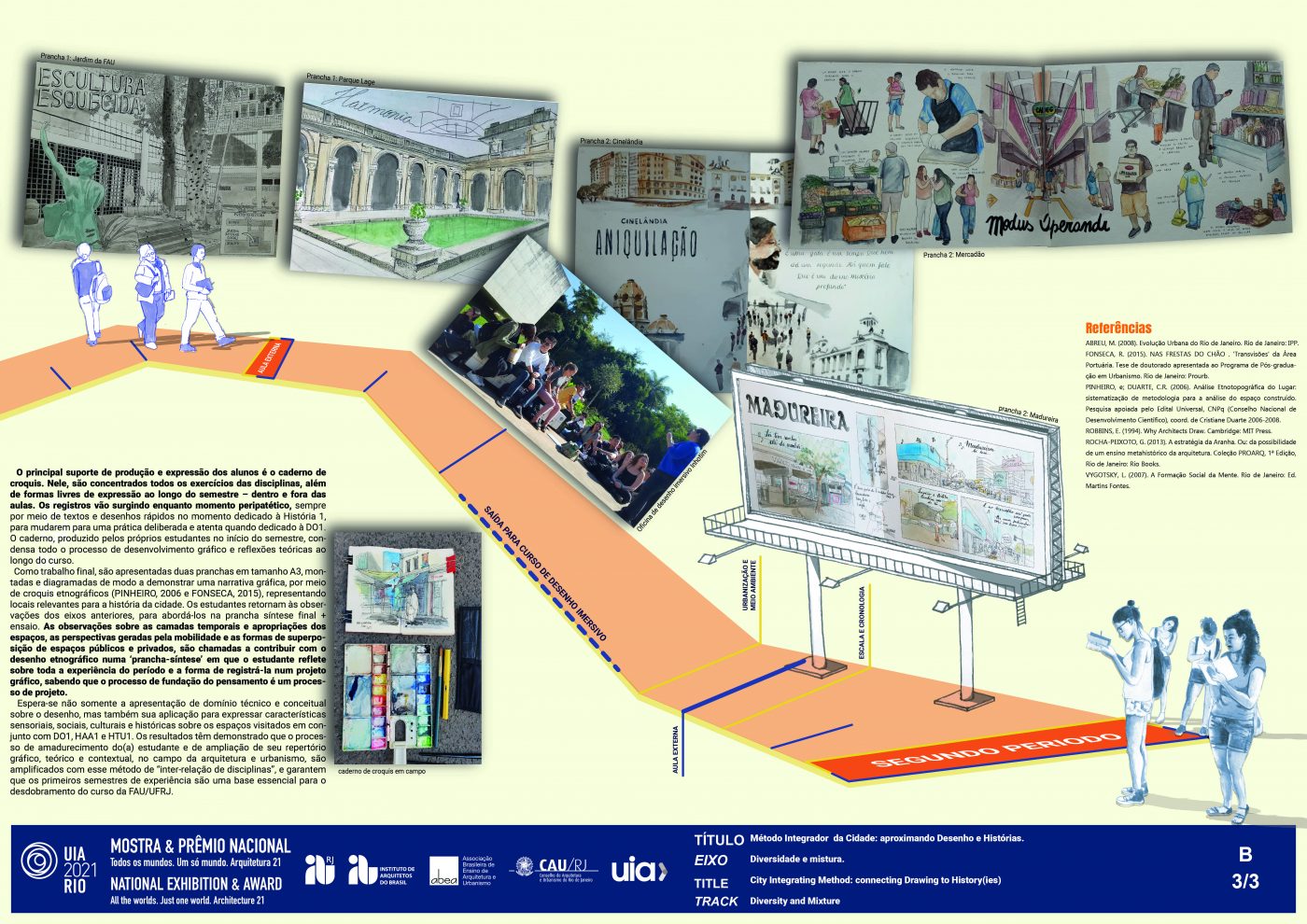 These boards deal with an experimentation of methodological procedure of teaching architectural design in the second year of the Architecture and Urbanism course (2019) from the spatial practice of dérive and cartographies of forces and affects, enhancing a transversal dialogue with the discipline of geomorphology. The experimentation delays the encounter with the typological analogies to conceive the architectural forms, making an immersion in the fabric of the relationships of affects that cross the bodies (human and architectural).

Thus, it moves away from linear and standardized procedures through the identification and recognition of the territories that inhabit the space. In the adopted procedure, the apprehension and recognition of the spatial practices content and affections between bodies are mapped in cartographies describing the multiple, diverse and singular territories, without hierarchies, to be activated considering the existing conflicts, fragmentations and simultaneities.

Therefore, the proposal of developing a community center in a peripheral neighborhood of Presidente Prudente, SP, in which it did not seek to solve its problems, but to re-singularize existing practices and affections, to enhance the feeling of belonging of the subjects with their space, valuing the transience of the projectual intervention of a reality in constant movement and transformation, as well as, projecting indeterminate spaces to be determined by the subjects of the spaces. When practicing and experiencing the daily life of the João Domingos Neto neighborhood, they learn about the subjective city, closer to the real and, thus, carry out architectural projects that express its content and context, enhancing the connections between bodies crossed by affects.