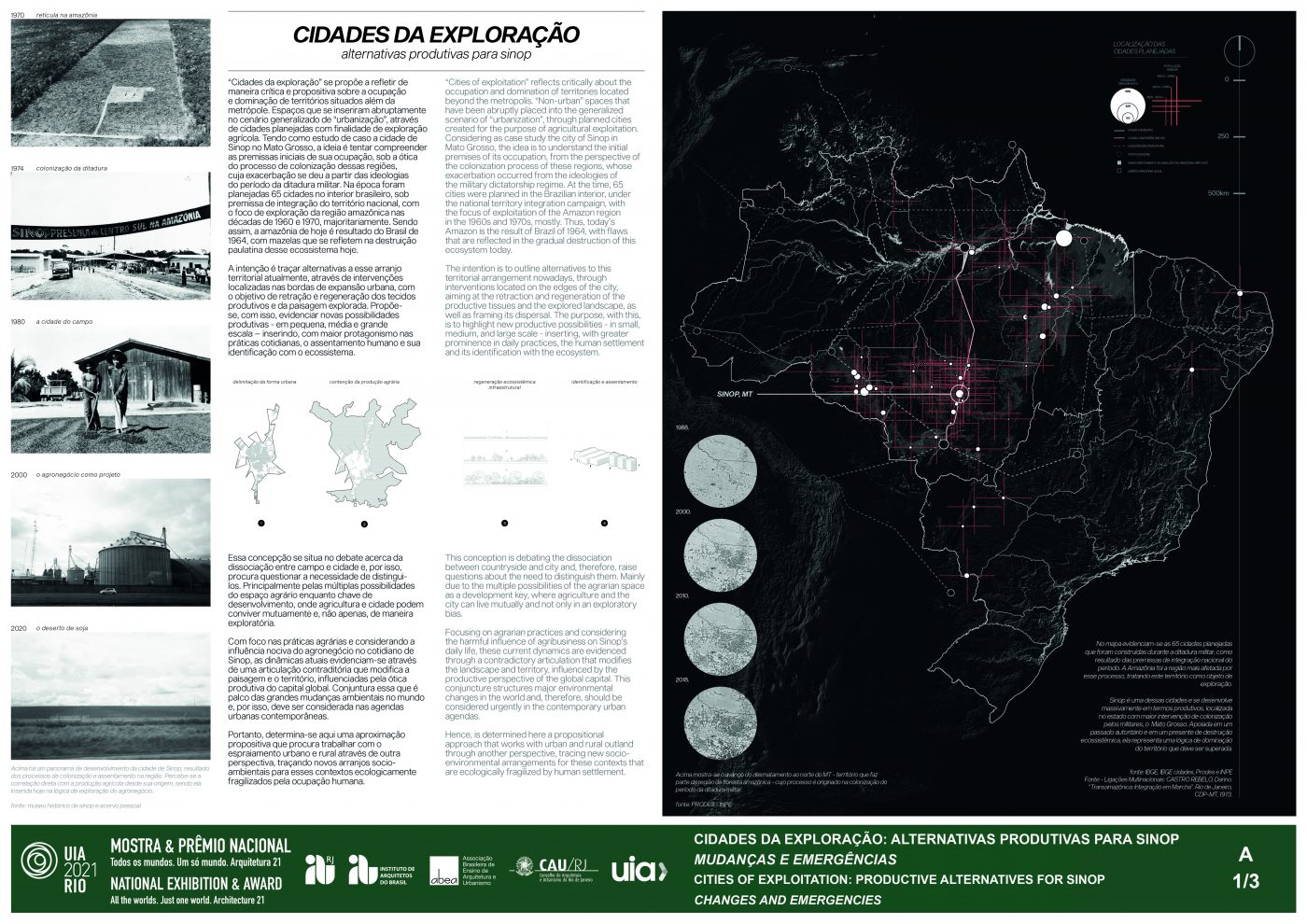 “Cities of exploitation” reflects critically about the occupation and domination of territories located beyond the metropolis, tracing new socio-environmental arrangements for contexts that are ecologically fragilized by human settlement. “Non-urban” spaces that have been abruptly placed into the generalized scenario of “urbanization”, through planned cities created for the purpose of agricultural exploitation. Considering as case study the city of Sinop in Mato Grosso, the intention is to outline alternatives to this territorial arrangement nowadays, through interventions located on the edges of the city, aiming at the retraction and regeneration of the productive tissues and the explored landscape. The purpose, with this, is to highlight new productive possibilities - in small, medium, and large scale - inserting, with greater prominence in daily practices, the human settlement and its identification with the ecosystem.

Beyond that, this thesis shows the initial premises of its occupation, from the perspective of the colonization process of these regions, whose exacerbation occurred from the ideologies of the military dictatorship regime. At the time, 65 cities were planned in the Brazilian interior, under the national territory integration campaign, with the focus of exploitation of the Amazon region in the 1960s and 1970s, mostly. Thus, today’s Amazon is the result of Brazil of 1964, with flaws that are reflected in the gradual destruction of this ecosystem today.