A journey through times, spaces, cultures and thoughts

Discussing Citizenship and Heritage at UIA2021RIO, Marcelo Ferraz and Fuensanta […]

“Man lives in time, in succession.” The thinking of writer Jorge Luis Borges permeated the second discussion of the thematic DIVERSITY AND MIXTURE at the 27th World Congress of Architects. This was one of the quotes used by architect Marcelo Ferraz (who set up the Brasil Arquitetura architecture firm), to address the topic of Citizenship and Heritage in the necessary depth. The other discussant was Spain’s Fuensanta Nieto (a founding partner of the Nieto Sobejano architecture firm), who also underscored her reflections with poetic phrases.

The discussion began as a journey: Fuensanta guided the public through iconic projects in European cities, starting with Graz, Austria, where she designed the annex of the Joanneum Museum, an intervention linking three buildings built in separate historical periods  that links different areas of the city. She then presented the design for the San Telmo Museum in San Sebastian, flanked by the city and a green area. Leaving Spain, she travelled to Germany and displayed the design for the Moritzburg Museum, with a geometry paying homage to the old castle protrayed so often in Expressionist paintings. Back in Spain, she explored the repeated hexagons forming the Contemporary Art Centre in Córdoba. In closing, she displayed two projects still under development: the renovation and expansion of a Baroque building to house the Vanguard Archive in Dresden, Germany; and La Cité du Théâtre in Paris, linking three cultural landmarks: the National Conservatory of Dramatic Art, the Odeon National Theatre, and the Comédie Française French Theatre. 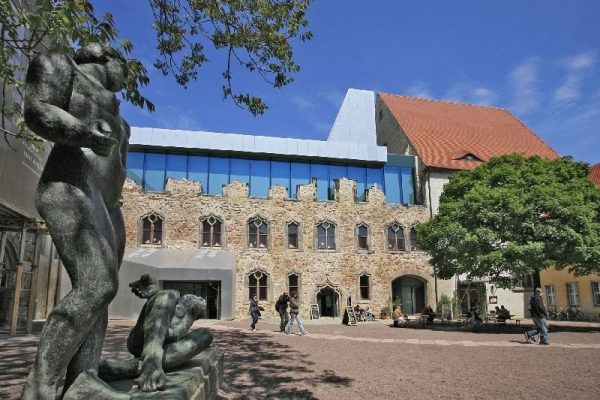 Similarly, Marcelo Ferraz travelled all over Brazil in his presentation, visiting places contrasting as strongly as the boundary between Amazonas State with Venezuela, the Bahia State capital, and the Serra Gaúcha range of hills in southern Brazil. His starting point was the renovation of the derelict Polytheama Theatre in Jundiaí, São Paulo State, which was built in 1911. As the project designer, he noted that some architectural ‘heresies’ took place here, when commenting on the removal of the ceiling to display the metal structure. Also in São Paulo, mentioned the Japanese Immigration Memorial in the little town of Registro, housed in warehouses dating back to 1919, when they were used for processing rice. This was followed by his design for the Instituto Socioambiental (Socio-Environmental Institute), with input from indigenous peoples and Amazon architecture techniques. His next stop was Salvador, where a branch of the Rodin Museum in Paris was established in a typical French mansion built in 1911. Then came his design for the Bread Museum, recounting the history of Italian immigrants in southern Brazil. Back in São Paulo, he displayed the design for the Engenho Central factory in Piracicaba, repurchasing it into a theatre. On the border with Uruguay, he explored the Pampas Museum, set in the ruins of a hospital dating back to the war between Brazil and Paraguay. Finally, he presented the design for the Cais do Sertão Museum, housed in a warehouse at the Port of Recife in Pernambuco State. 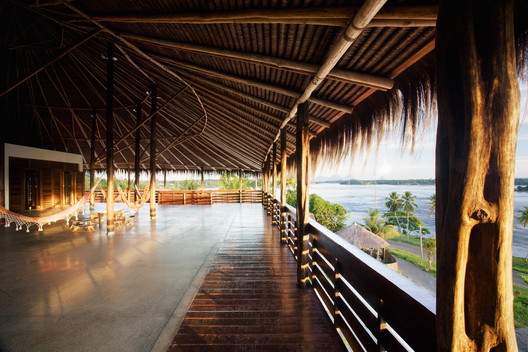 After her presentation, Fuensanta concluded that “We have similar ways of looking at heritage assets and intervening in them”. The two of them then set out on a journey that was almost philosophical, responding in complementary ways to questions from the moderator, architect Aline Cruz, who is the publisher of the Arquicast podcast platform.

Marcelo Ferraz recalled a phrase coined by Norwegian architect Sverre Fehn: “If you pursue the past, you will never capture it. Only through expressing the present can the past speak.”

He then suggested that the value of a building depends on its use, which occurs in the present time, responding to specific needs, that may be material or spiritual. “We must emphasize respect for the past, history, symbology and myths. But not blind respect that selects an icon and freezes it in time. The proposed function and use should guide us. We choose pre-existing physical elements embodying symbolic, documentary or sentimental values of the past and use them as fuel in our project designs,” he explained. In conclusion, he noted that “we do not need the past as an enemy. It need not be discarded, but we must not submit to it as all-powerful.”

Fuensanta was no less eloquent: “What we feel about a building, about a place, is that it is an open-ended story – not complete, not closed. We must explore its roots, comprehend the way it was initially conceptualised and perceive how history has changed it, in order to understand how to extend it in time, how to preserve it, how to continue its history. Interventions are something we leave there for the next in line, to create a new space for a new generation.”

On the topic of citizenship, Fuensanta explained that architecture plays a fundamental role in the feeling of belonging, the concept of something common to all. “There are buildings that represent an entire country. And architects must take this into account in their designs, so they can grasp all the different sensitivities swirling around at the same time in a heterogeneous group of people. Architecture is one of the few arts that can handle this, because architecture is experienced through all our senses – it is not enough to just look at it or understand it, we have to belong to it.”

For Marcelo, architecture is more than the physical, spatial, and material attributes that configure it. Instead, it can and should convey memories and legacies: “Something intangible, but nourishment as necessary as our daily bread.”

In her closing words, Fuensanta highlighted optimism as a characteristic that must be pursued by architects, ensuring that they believe in their power to change people’s lives for the better. Also an optimist, Marcelo reaffirmed his belief in cities: “At this time of crisis, the city is being questioned, as though we are saying that the city has failed. But I am wagering on a resurgence of the ideals underpinning the construction of cities – cities for all, with the participation of everyone, democratic cities, cities with the histories of peoples and communities in all countries.”

To watch the full discussion, you must be registered for the 27th World Congress of Architects and access the exclusive platform, using the LOGIN button, in the Menu bar of this page.