The Urban Acupuncture of Fabienne Hoelzel

Featured in the first UIA2021RIO discussion, architect Fabienne Hoelzel grew up in Aarau, the small and prosperous town in Switzerland, with an impressive natural and cultural heritage. Today, she spends much of her time in the alleyways of the world’s most ramshackle communities, as the founder of the Fabulous Urban design, research and planning firm. Focused on serving underdeveloped areas, it has offices in Zurich, Switzerland, and Lagos, Nigeria.

Initially established as a fishing village during the late XIX century, Nigeria’s capital already has more than twenty million inhabitants, its unplanned growth extending even over the water. A great example of this untrammeled expansion is the Makoko neighbourhood: the world’s largest floating slum encompasses six settlements, of which four are perched over the water. Its wooden shacks are supported by stilts; its streets are canals packed with canoes that serve as taxis. An estimated 100,000 people live in this neighbourhood, under unhealthy conditions and at constant risk of natural disasters.

And this is where Fabienne has been working. Her Fabulous Urban firm researches this community, presenting the Lagos authorities with a plan to boost the habitability rating in Makoko, and implementing a set of actions based on biogas. Mobile toilets with composting units were installed at places with no basic sanitation, and the Makoko Neighbourhood Hotspot was set up as a service hub whose infrastructure includes community toilets and a small biogas plant. It also serves as a learning centre, while functioning as an incubator for firms promoting the transformation of solid wastes into energy. “It is important that we empower the residents of these slums, so they can upgrade their living conditions by themselves,” says this architect. 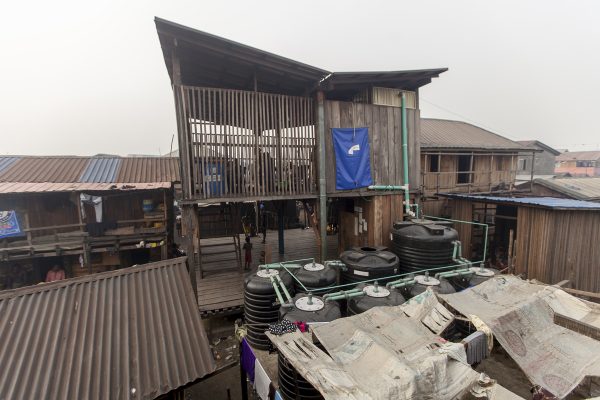 She stresses that her job is just to intervene at certain points in what already exists, based on a concept known as urban acupuncture. “You simply have to deal with what’s there, because the people themselves built their own homes. It sounds chaotic, but people have developed their own strategies for survival,” she says. 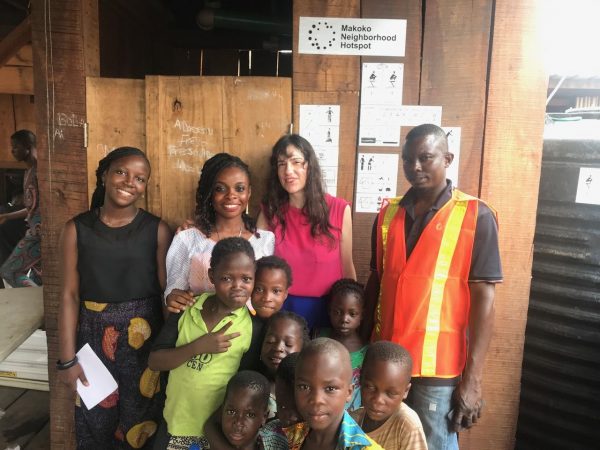 Fabienne (back, in the center), with Makoko residents

On March 22, she features in the first UIA2021RIO discussion during its Weaknesses and Inequalities week, exploring the Architecture of Social Inclusion. She is partnered with historian Maria Alice Rezende de Carvalho, whose experience includes assessing the Favela-Bairro slum upgrade programme in Rio de Janeiro, with journalist Mariana Barros as the moderator.